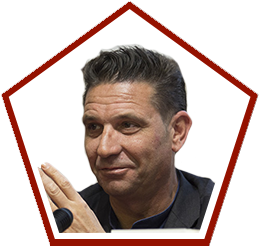 Born in 1970, he received his PhD in psychology in 1997 (Universitat de Barcelona). In 1998, he started his post-doctoral career at the Brain and Cognitive Sciences department at MIT, thanks to the funding from the Catalan Government. From 1999 to 2000,heI was a post-doctoral fellow at the Cognitive Neuropsychology laboratory at Harvard University with a Fulbright scholarship. In 2001, he moved to the Cognitive Neuroscience department at the International School for Advanced Studies in Trieste. From 2002 to 2005 he was a Ramón y Cajal research fellow at the UB, and in 2006 he became an Associate Professor in the Department of Psychology of the same university. Since 2008 he is ICREA Research Professor, and currently a member of the Center for Brain and Cognition at Universitat Pompeu Fabra where he studies the cognitive and neural underpinnings of language processing, and in particular how two languages are represented and processed in the brain.