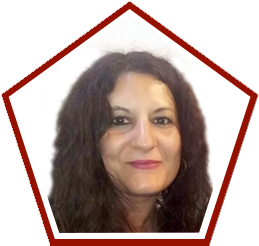 Dra Inmaculada Senra Silva is a senior lecturer in the Department of Foreign Languages ​​and Linguistics at the UNED, Madrid, Spain, where she teaches several courses in the English Studies Degree as well as in the Master in English Applied Linguistics. She has a European doctorate in English Philology from the University of Seville and has worked in several Spanish universities. Her main areas of research include teaching and learning a second language, more specifically writing and oral fluency, and bilingual education. She is currently working on a research on the needs of content subjects teachers in bilingual education in secondary schools in Spain. She has published some articles on topics related to the acquisition and teaching of EFL, and is co-author of English Skills for Independent Learners (C1) (CUP/UNED and Gramática Inglesa para Hispanobalantes (CUP/UNED). She has given talks at international universities and has been recently a visiting professor at Bristol University and Cardiff University. She has also participated in several projects funded by the Ministry of Economy and Competitiveness of Spain as well as European projects.

There has been a rapid spread of CLIL in Europe but especially in Spain, both in bilingual and monolingual settings. Although CLIL programmes have been extensively employed, research has been based primarily on students’ performance, on whether content is acquired the same way as when taught in the student’s native language, and the effects of CLIL on mother tongue competence (especially writing), and content subject competence.

What is clear is that, in general, there is a paucity of research aimed at the analysis of CLIL teachers’ needs. Authors such as Dalton-Puffer and Smith (2013) argue that researchers should investigate lay beliefs about the perceived success (or lack of it) of CLIL at different educational institutions. It is then mandatory for academia to listen to the professionals working in bilingual programmes to get insights into and knowledge of how CLIL is functioning on a daily basis, and find ways to improve it. For example, issues stakeholders at bilingual schools face in their daily practice have been widely avoided. Apart from language policy regulations, CLIL stakeholders such as teachers, members of school boards (headmasters, secretaries and heads of studies) parents, students, and bilingual programme coordinators play a key role in bilingual programme development and innovation, and their voices should be heard.