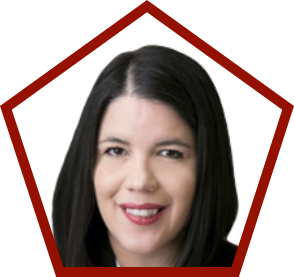 Dr. Laura Carrasco was born in Chihuahua, Chihuahua, Mexico, immigrating in 1980 to the United States with her parents and sister. In 1999, she attained her Bachelor of Arts degree in Elementary Education from St. Mary’s University in San Antonio, Texas. Having been a product of bilingual education, she went into the teaching profession with a well-developed passion for bilingual programs as well as the education of language minority students. This passion was further fueled during her years as a graduate student at Southern Methodist University (SMU), where she attained her Master of Bilingual Education (MBE) degree in 2001 on a full scholarship. Ten years later, Laura received her Doctor of Education in Educational Leadership degree from the University of Texas at San Antonio (UTSA), where she also served as adjunct professor. In February of 2013, Dr. Carrasco was awarded the First Place Outstanding Dissertation Award from the National Association of Bilingual Education. She has served as an educator (K-20), academic specialist, curriculum writer, educational consultant, campus and district administrator, and has helped launch DLI programs (K-20) in Texas as well as in California.  She is currently serving International Leadership of Texas (ILTexas) as Chief Academic Officer, a role she has held since the charter district’s founding in 2013 and is the proud mother of three children: Briana, Carlos and Elise.